Design inspired by the movies: Out of Africa

The other day, a friend asked me to list my top 5 favorite movies. As I started listing them, I saw a pattern. Can you tell what it is? Here they are: Out of Africa, A Good Year, Somethings Gotta Give, Julie & Julia, You've Got Mail.... these were just off the top of my head (I am sure that there are more that may bump a few off the top five). See the pattern? They all have great set design! I swear, I watch movies as much for the design~ setting, interior and exterior design, and fashion as I do for the story! I know I am not alone. If you love looking at movie & tv houses go to Julia's blog Hooked on Houses. She has the best collection.
I thought it would be fun to do some posts on design inspired by movies! I already did one about my favorite tv show Downton Abbey. So today I am showing you some elements of design that can be used in ceating an atmosphere similar to the set of my favorite movie, Out of Africa. In case you haven't seen it (you've got to see it!) it's about the author Karen Blixen (whose pen name was Isak Dinesen) and her years living in Africa during the early part of the 20th century. Meryl Streep and Robert Redford starred in this wonderfully sad, beautifully photographed love story...which makes me cry every time I watch it. The house where Karen lived has been turned into a museum. After her death, her property was sold and divided several times over the years. It was turned into a residential development and the town was named Karen. My dream is to one day travel to Karen to see her home and to look out over the Ngong Hills, just as she did almost one hundred years ago.

This is a picture of Karen Blixen's house as it looks today.The house's architecture is typical of late 19th century bungalows, including big rooms, horizontal layout, large porches, tile roof and stone construction.
The interior design in this movie is called British Colonial. As the British were colonizing parts of Africa,  India, Australia and the islands in the 1800s they brought along their own furnishings. However, the hot humid climates of some of the regions made the soft woods warp. Local craftsman began making replicas of the British designs using native hard woods such as rattan, wicker, bamboo, ebony and teak. Often, local designs were incorporated into the British style furniture. fabrics with tropical designs, pineapples, monkeys, animal prints were all popular.  Suitcases, used to move the English to their new colonies served multi-purposes as end tables and storage. Some furnishings were created specifically for travel. Called campaign furniture, these pieces often folded up into trunks or broke down into pieces to be easily packed and moved.
﻿
﻿
﻿﻿﻿ ﻿ ﻿﻿ 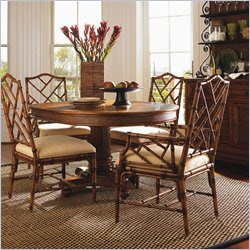 In bedrooms, canopy beds were common and mosquito netting was often used for obvious reasons.  Tropical plants were used inside as decor. Wooden blinds and shutters on windows were common. Rugs were made of natural materials such as sisal. Ceiling fans were also popular. 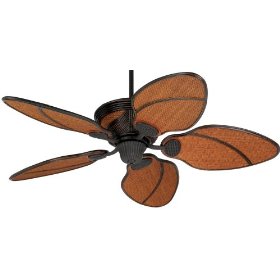 Email ThisBlogThis!Share to TwitterShare to FacebookShare to Pinterest
Labels: British Colonial Design, design inspirations from Out of Africa, Karen Blixen Museum, Out of Africa, Rattan and wicker furniture